with Brent D. Griffiths Breaking this morning 🚨: Moderna’s coronavirus vaccine was found to be nearly 95 percent effective in a preliminary analysis, Carolyn Y. Johnson reports. (More below.) The twin health and economic crises confronting the incoming Biden administration are taking a hard turn for the worse, as colder […]

Breaking this morning 🚨: Moderna’s coronavirus vaccine was found to be nearly 95 percent effective in a preliminary analysis, Carolyn Y. Johnson reports. (More below.)

The twin health and economic crises confronting the incoming Biden administration are taking a hard turn for the worse, as colder weather brings a spike in coronavirus infections and a new round of restrictions from state and local leaders.

Senate Republicans, however, aren’t stepping up to negotiate another round of emergency relief spending. That lack of action will only add to the economic pain of new closures, as businesses and individuals steer into the third pandemic surge without the benefit of renewed aid from Washington.

The pandemic is rampaging across the map at unprecedented rate.

“On Thursday, the United States for the first time reported more than 150,000 cases in a single day,” David J. Lynch writes. “Within the next week, the daily total will top 200,000 and is likely to reach 300,000 by early December, according to Ian Shepherdson, chief economist for Pantheon Macroeconomics.”

The virus is now “everywhere,” the Wall Street Journal’s Betsy McKay and Erin Ailworth write. “People are becoming infected not just at big gatherings, but when they let their guard down, such as by not wearing a mask, while going about their daily routines or in smaller social settings that they thought of as safe — often among their own families or trusted friends.”


From Goldman Sachs, via The Daily Shot:

State and local officials are responding by shutting back down.

Major cities are clamping down, too.

The rising case count and new restrictions should increase pressure on Congress to pass to economic relief.

But the outlook for more help from Washington remains murky at best.

President-elect Joe Biden and Vice President-elect Kamala Harris this afternoon are set to give their first lengthy remarks on their economic recovery plans since winning the election. Biden has advocated major new spending and conferred with Democratic congressional leaders on the matter. “But he hasn’t yet spoken with Senate Majority Leader Mitch McConnell, whose cooperation would be necessary for any bill to pass during Congress’ lame-duck session,” Bloomberg’s Jennifer Epstein reports.

Biden has decisions to make about how he approaches his own party leaders, too. Specifically, he needs to decide “whether to push Democratic leaders to cut a quick deal on a package much smaller than they say is needed or to hold out hope for a larger one after he takes office,” the New York Times’s Ben Casselman and Jim Tankersley write.


“The shifting dynamics of both the pandemic and the recovery are complicating the debate. Even as it has slowed, the economy has proved more resilient than many experts expected early in the coronavirus outbreak, leading Republicans, in particular, to resist a big new dose of federal aid,” Casselman and Tanksersley write. “But the recent surge in hospitalizations and deaths from the virus has increased the risk that the economy could slow further.”

Now, even left-leaning economists are split on the appropriate, with a rising number of liberals “urging Democrats to compromise and accept a smaller package to get money flowing quickly.”

Morgan Stanley economists, for example, wrote in a Sunday note they see momentum sustaining the recovery “through a difficult winter, lifting GDP growth” to 6 percent in 2021. In their best-case scenario, the bank’s team expects “the rising threat of COVID-19 to dampen growth through the first months of 2021, followed by further fiscal support from the prospective new administration in reaction to the rise in hospitalization.” They think that relief, “and the broad dissemination of a vaccine by mid-year,” will help the economy heal faster than most forecasters now expect.

Pantheon’s Shepherdson takes a grimmer view. Shutdown measures now taking hold will “exact a real cost on the economy,” with restaurants, for one, experiencing a “rout” and airline travel “likely to plummet once Thanksgiving is over.”

“The appropriate policy response to all this is for Congress to provide substantial support to businesses, so they can retain staff and make rent and mortgage payments; to support state and local governments in the face of collapsing revenue and increased spending on healthcare and other Covid-related items; and to support people who have lost their jobs,” Shepherdson writes in a Sunday note. “Unfortunately, none of this is happening… Nothing is imminent, except a continued surge in Covid cases, hospitalizations and deaths.”

© Dado Ruvic/Reuters
Vials and a medical syringe are seen in front of a displayed Moderna logo. (Dado Ruvic/Illustration/File/Reuters)

Moderna’s trial could end in just days, clearing the way for emergency approval: “‘It’s extremely good news. If you look at the data, the numbers speak for themselves,’ said Anthony S. Fauci, director of the National Institute of Allergy and Infectious Diseases, who was one of three people briefed on the data by an independent committee Sunday morning, per my colleague.

“’I describe myself as a realist, but I’m fundamentally a cautious optimist. I felt we’d likely get something less than this. … I said certainly a 90-plus-percent effective vaccine is possible, but I wasn’t counting on it.’ Moderna’s vaccine, co-developed with Fauci’s institute, is being tested in 30,000 people.”

From the corporate front:


Securities and Exchange Commission Chairman Jay Clayton is stepping down.

Clayton will leave his post at the end of the year, ahead of his term’s scheduled expiration in June, the New York Times reports: “Despite criticism he wasn’t tough enough, enforcement increased on his watch. The S.E.C. pursued 3,152 enforcement cases during Mr. Clayton’s tenure, slightly more than brought by Mary Jo White from 2013 to 2017. The Clayton era also saw $16.8 billion in financial remedies, again slightly more than under Ms. White…

“Like other financial regulators, the commission is likely to get tougher under President-elect Joe Biden: Names being floated to replace Mr. Clayton reportedly include Gary Gensler, an Obama-era financial regulator, and Preet Bharara, who led the Southern District under Mr. Obama.”

© Kham/Reuters
Leaders are seen on a screen before the signing of the Regional Comprehensive Economic Partnership during a summit in Hanoi on Sunday. (Kham/Reuters)


China helps signs one of the world’s largest trade deals.

Beijing gains power in a massive Asian trade pact: “After eight years of talks, China and 14 other nations from Japan to New Zealand to Myanmar on Sunday formally signed one of the world’s largest regional free trade agreements, a pact shaped by Beijing partly as a counterweight to American influence in the region,” the New York Times’s Keith Bradsher and Ana Swanson report.

“The agreement, the Regional Comprehensive Economic Partnership, or R.C.E.P., is limited in scope. Still, it carries considerable symbolic heft. The pact covers more of humanity — 2.2 billion people — than any previous regional free trade agreement and could help further cement China’s image as the dominant economic power in its neighborhood.”

PNC to buy the U.S. unit of Spain’s BBVA.

PNC is paying $11.6 billion in cash for the company. Per the Associated Press: “BBVA’s U.S. operations, which are based in Houston, Texas, have $104 billion in assets and operate 637 branches, mainly in the south and southwest of the country…

“PNC, based in Pittsburgh, Pennsylvania, is largely a regional bank and the deal would give it a presence across the U.S. Mergers and acquisitions of big banks have declined greatly since the financial crisis in 2008. Regional banks face stiffer competition now from big national banks and have been hurt more than larger banks by low interest rates.”

Blackstone CEO Stephen Schwarzman defends Trump’s response to the election. “About 30 chief executives — of companies as large as Goldman Sachs, Johnson & Johnson and Walmart — agreed to the emergency Zoom meeting on the morning of November 6, only hours after Mr Trump said the night before that he had won several states that had voted for Mr Biden,” the Financial Times’s Andrew Edgecliffe-Johnson and Mark Vandevelde report.

“Jeffrey Sonnenfeld, the Yale management professor who organised the 7am call, declined to comment on Mr Schwarzman’s remarks, but three participants said the Blackstone founder took issue with suggestions made during the meeting that the US could be on the verge of a coup.”


Rebekah Mercer is ponying up major money for Parler.

The conservative megadonor is helping the right-leaning social media site: “Mecer is the daughter of Robert Mercer, a hedge fund manager and the co-founder of the now-defunct political data-analysis firm Cambridge Analytica. The Mercers have been prominent supporters of Trump and conservative causes,” CNN Business’s Alexis Benveniste reports. Rebekah Mercer revealed the investment herself.

“‘John [Matze] and I started Parler to provide a neutral platform for free speech, as our founders intended, and also to create a social media environment that would protect data privacy,’ Mercer said in a statement on the platform. 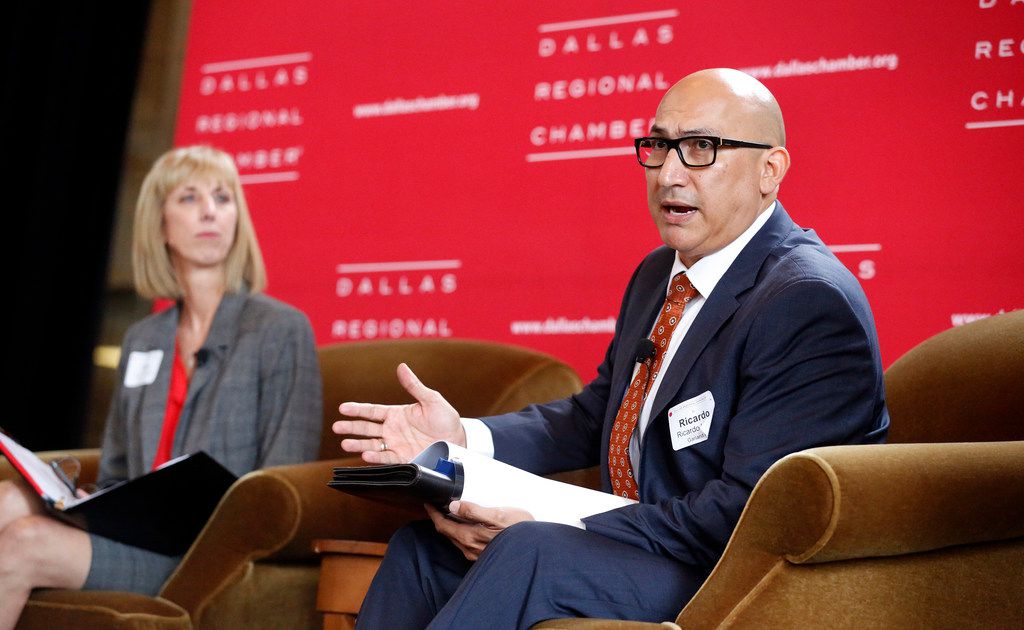